SHORTCUT FOR TIME AND WORK PROBLEM

Directions (1-5): Study the following the pie-chart and table carefully to answer the questions given below:

The following pie-chart shows the distribution of the monthly family budget of a person. 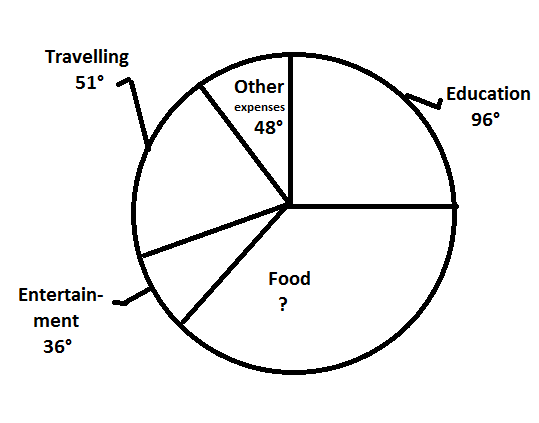 The following table shows the further distribution (in percent) of the above-mentioned items among the five family members i.e P (the person himself), W (his wife), Rahul (son), Rohit (son), and Preeti (his daughter). His monthly family budget is Rs. 1,20,000

Directions (Q. 1-5): Study the following information carefully and answer the questions asked below:

Directions (1-15): Read the passage and answer the following questions according to the passage. (Source: The Hindu)

There are good reasons why the ‘Heart of Asia’ conference, part of a 14-nation process begun in 2011 to facilitate the development and security of Afghanistan, is so named. The obvious one is geographical, as Afghanistan lies at the junction of Central, South and East Asia, and also of the ancient trading routes from China and India to Europe. Today it is also a focal point for the region’s biggest challenge of terrorism; some of the far-reaching battles against al-Qaeda, Islamic State, etc. will be decided on the battlegrounds of Afghanistan. For India, putting terror  stage at the Heart of Asia declaration in Amritsar was thus timely and necessary. In tandem, Afghan President Ashraf Ghani and Prime Minister Narendra Modi focussed their concerns on cross-border terrorism emanating from Pakistan, something even Pakistan’s traditional allies at the conference, including China, Saudi Arabia, the UAE and Turkey, found difficult to counter. The case Mr. Ghani made was clear: progress and development in Afghanistan are meaningless and unsustainable without peace, and peace is contingent on Pakistan ending support to terror groups such the Haqqani network and Lashkar-e-Taiba. He dared Pakistan to use its proposed development grant to Afghanistan to fight terror on its own soil.
Read more »
Posted by Futurebankers at 10:00