In the passage given below there are blanks, each followed by a word given in the brackets. Every blank has five alternative words given in options. Find the word which best suits the respective blank. If the given word suits the blank, mark ‘no correction required’ as the answer.
For centuries, women around the world have struggled for even the most basic rights. The fight for equality has been an uphill climb – one that is far from over. This is certainly the case in the Middle East, where the challenges women face are typically _(1)_[eradicable] in social norms, cultural systems, and religious doctrine, and can be _(2)_[profane] in law.In some Middle Eastern countries, women may not travel, work, or register to vote without permission from a man in her family. Even if it is not _(3)_[effectually] prohibited, joining the workforce is often very difficult for women, not least because of widespread resistance among the men who dominate these societies. Any woman who has _(4)_[acquire] to apply for a job knows just how vehement that opposition can be.
Read more »
Posted by Futurebankers at 12:00

Directions (1-5): Study the following bar graphs to answer the questions given below:
Income of railways from the Super fast trains and Express trains 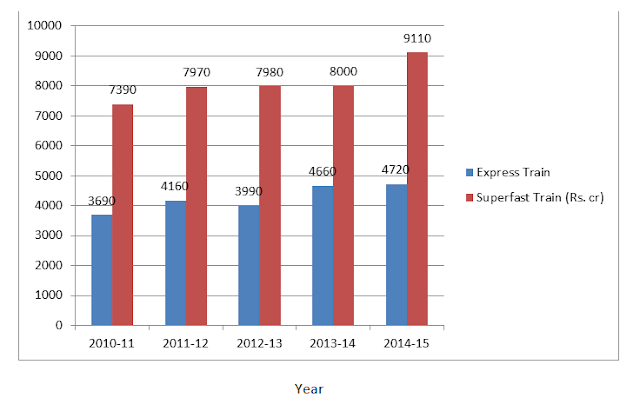 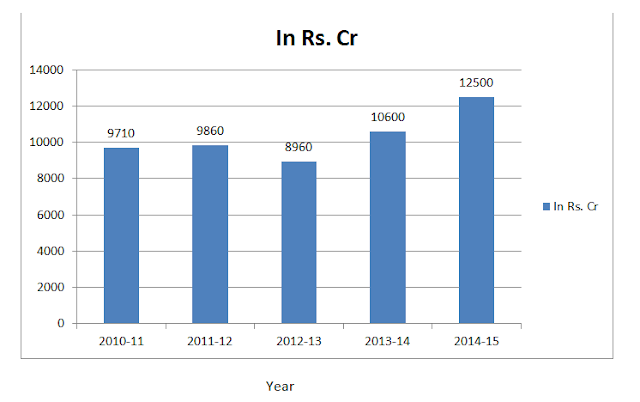 Direction (1-5): Read the given information carefully and answer the given questions.

Read more »
Posted by Futurebankers at 08:47