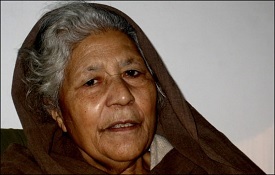 Popular Pakistani Urdu novelist and playwright Bano Qudsia passed away at the age of 88 years. She was born in in Ferozepur, India and later migrated to Pakistan after partition. She was awarded Sitara-i-Imtiaz in 2003 and Hilal-iImtiaz in 2010.
Some of her notable writings include Aadhi Baat, Aatish-i-zer-i-paa, Aik Din, Amer Bail, Asay Pasay, Chahar Chaman, Chhotaa Sheher Baray Log, Footpath ki Ghaas, Hasil Ghaat and Hawa Kay Naam.


News 2 - Veteran freedom fighter Racharla Samrajyam passed away
Racharla Samrajyam, freedom fighter, passed away at age of 98 years due to illness. She was associated with Hindi Pracharak training at Anantapur where she joined Quit India Movement in 1942 and quit her training. She was honoured with the ‘Tarmra Patra’ from the Government of India in 1972.
She was also associated with Kasturi Ba Smaraka Trust at Seva Gram through the Hindustan Naya Talmi Sangh, under the leadership of Mahatma Gandhi in 1945.
News 3 - MRI Pioneer Sir Peter Mansfield passed away 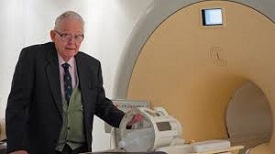 MRI pioneer and Nobel laureate Sir Peter Mansfield passed away at the age of 83 years. Dr. Mansfield was awarded the Nobel Prize in physiology or medicine in 2003 for his work developing MRI, a technique that changed the face of modern medicine.
Dr. Mansfield was an emeritus professor of physics at Nottingham since 1994. He was knighted by Queen Elizabeth II in 1993. He was also awarded gold medals by the Royal Society Wellcome Foundation.
News 4 - Japanese manga legend Jiro Taniguchi passed away Japanese manga writer and artist, Jiro Taniguchi, passed away at the age of 69 years.
Some of his popular works include “The Walking Man,” “The Summit of the Gods” and “The Magic Mountain”.
He earned several television credits, including writing 61 episodes of the ongoing series “The Solitary Gourmet". He received many awards including the Osamu Tezuka Culture Award (1998) and the Shogakukan prize. His work has been translated in many languages.
News 5 - Veteran Journalist T V Parasuram died 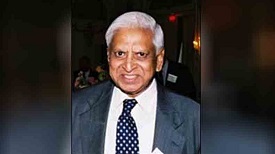 Veteran journalist T V Parasuram passed away at the age of 93 years. He was a former correspondent of the Press Trust of India. He was known to take shorthand notes at 170 words per minute.
Parasuram served as the Washington correspondent of the Indian Express. He served briefly as correspondent at the UN in New York. He had received the Harvard Niemen Fellow in journalism. He also wrote two books, "A Medal for Kashmir" and "India's Jewish Heritage".
News 6 - Grammy Winning Jazz Singer Al Jarreau passed away 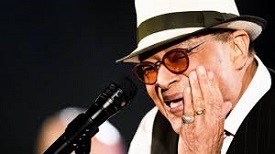 Legendary American Jazz Singer Al Jarreau passed away at the age of 76 years. He was a seven-time Grammy winner. He released more than 20 albums during his career. He was also nicknamed as the "Acrobat of Scat" for his innovative vocal stylings.
Jarreau was best known for the hits "Breakin' Away," "We're in This Love Together" and the theme song to the popular 1980's TV show, "Moonlighting".
News 7 - Former Maharashtra MP Jambuvantrao Dhote passed away 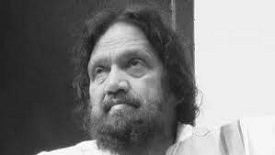 Veteran pro-Vidarbha leader Jambuwantrao Dhote passed away at Yavatmal Civil Hospital following a heart stroke at the age of 83 years.
The staunch leader, who strived continuously for creation of separate Vidarbha state, represented Yavatmal constituency five times in Maharashtra Legislative Assembly. Dhote became a Member of the Lok Sabha in 1971 on the Forward Bloc ticket. The senior leader left the Congress and founded Vidarbha Janata Congress in September 2002. He was quite active in the pro-Vidarbha movement till last.
News 8 - Bengali singer Banasree Sengupta passed away Noted Bengali Singer Banasree Sengupta passed away at Kolkata hospital after prolonged illness at the age of 71 years. Besides singing for Bengali and Hindi movies, she also lent her voice to Assamese, Odisha and Bhojpuri films.
She was bestowed with the Sangeet Samman and the Mahasangeet Samman by the West Bengal Government in 2012 and 2013, respectively. Some of her memorable songs are Aaj Bikeler Dake Tomar Chhithi Pelam, Amar Angey Jaley Rangmoshal, Chhi chhi Eki Kando Korechi etc.
News 9 - Former Chief Justice of India Altamas Kabir passed away 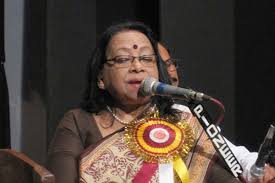 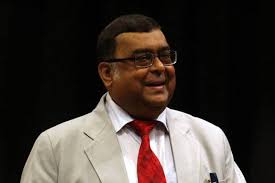 Kaci Kullmann Five, the Chairwoman of the Norwegian Nobel Committee which selects the Peace Prize laureates, passed away at the age of 65 years.
Kullmann became a member of the Norwegian Nobel Committee in 2003 and was elected chair in 2015. She was involved in the decisions to award the Nobel Peace Prize to, among others, Shirin Ebadi, Al Gore, Martti Ahtisaari, Barack Obama, Liu Xiaobo and the European Union.
News 11 - Noted bureaucrat V. K. Srinivasan passed away

Noted bureaucrat V. K. Srinivasan passed away at the age of 76 years. He was also a columnist and director of the Institute of Economic Studies.
He was a 1963 batch IAS officer. He rose to the position of Special Chief Secretary in the combined Andhra Pradesh state. He was closely involved with the activities of the Federation of AP Chambers of Commerce & Industry (FAPCCI). He also worked at the Centre with the Ministry of Finance and the Khadi & Village Industries Commission, Mumbai.
News 12 - Popular Hindi novelist Ved Prakash Sharma passed away 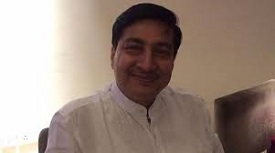 Popular Hindi novelist Ved Prakash Sharma passed away at the age of 62 years. Mr. Sharma started his writing career at the age of 14. He wrote more than 173 novels in all. He has also written scripts for about half-adozen Hindi movies.
Mr. Sharma has been honoured with “Meerut Ratna” award twice in the year 1992 and later, in 1994. He has also received the “Natraj Bhushan Award” in 2008 and “Natraj Award” in 1995.
News 13 - Russia's ambassador to UN, Vitaly Churkin died 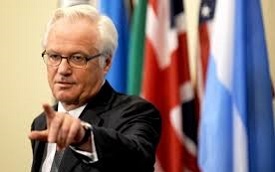 Russia's ambassador to the United Nations, Vitaly Churkin, passed away at the age of 64 years. He was known as a deeply intelligent, combative, disarming and humorous fixture at the UN Security Council.
A veteran diplomat known as a potent and personable voice for his country's interests at the UN, Vitaly Churkin, had been Russia's envoy at the United Nations since 2006. He was currently the longest-serving member of the Security Council, the UN's most powerful body.
News 14 - Nobel-Winning Economist, Kenneth Arrow, passed away

Nobel-Winning Economist, Kenneth J. Arrow, passed away at the age of 95 years. He was one of the most brilliant economic minds of the 20th century. He was the youngest economist ever to win a Nobel at the age of 51 years.
Mr. Arrow shared the Nobel memorial prize in economic science in 1972 with Sir John R. Hicks for their pioneering mathematical work on general equilibrium theory. Interestingly, Five of Arrow's former students also went on to become Nobel winners.
News 15 - Former Union Minister P. Shiv Shankar passed away 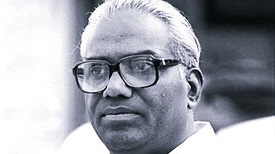