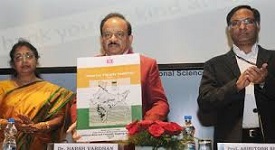 The Union Ministry of Science and Technology has released a Braille atlas for nearly 50 lakh visually challenged people in India. It is the world's first such comprehensive atlas.
The Braille Atlas has been prepared by National Atlas and Thematic Mapping Organisation (NATMO) under Department of Science & Technology. The Braille atlas has 20 maps on different themes like physical, socioeconomic, river system, crops pattern, natural vegetation, cultural, metropolitan areas, roads and railways, soil types and crops.


News 2 - Hema Malini: Beyond the Dream Girl to be released in October 2017 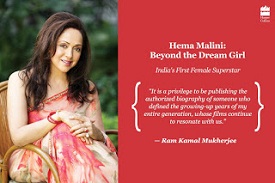 A biography of Hema Malini, titled Hema Malini: Beyond the Dream Girl will be released by HarperCollins Publishers in October 2017, on the 69thbirthday of the actress.
This book is authored by Ram Kamal Mukherjee, a senior journalist and author. This book will showcase Hema Malini's incredible journey from an actor, a danseuse and filmmaker to a politician. Hema Malini has been a filmmaker and producer, directing films and television serials, a Member of Parliament from Mathura, and has also performed the classical dance ballets Draupadi, Radha Krishna and Durga.
News 3 - Salman Rushdie's novel 'The Golden House' to be released in September 2017 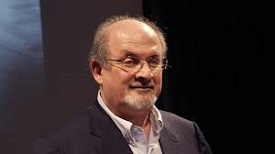 Penguin Random House announced the release of a novel titled 'The Golden House' written by famous author Salman Rushdie in September 2017. This novel is going to be published by the Penguin Random House. Salman Rushdie’s new novel, The Golden House will reveal story of a wealthy family from Mumbai, who intend to forget the tragedy of 26/11 as they try to re-discover themselves in New York City.
Salman Rushdie bagged the Booker Prize for his novel Midnight’s Children in 1981. His last novel was published in 2015 titled as ‘Two Years Eight Months and Twenty-Eight Nights’.
Posted by Futurebankers at 16:29