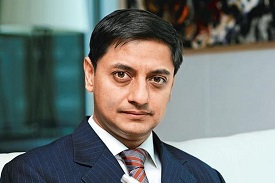 Famous Economist Sanjeev Sanyal was selected as the Principal Economic Adviser in the Department of Economic Affairs by the Appointments Committee of the Cabinet for 3 years on a contract basis, replacing Chief Economic Adviser Arvind Subramanian. Mr. Subramanian will retire in October 2017, after which Sanjeev Sanyal should take over duties of the Economic Division of the Finance Ministry.
Prior to this appointment, he was the Global Strategist and Managing Director of Deutsche Bank. In the past, he has also been honoured with the Eisenhower Fellowship for his work on urban issues by the Singapore Government at the World Cities Summit in year 2014. 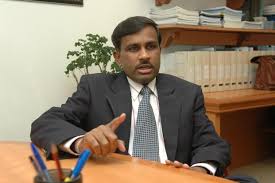 IDFC Managing Director Vikram Limaye was named as the Chief Executive Officer and Managing Director of the National Stock Exchange of India. The appointment is yet to be cleared by the SEBI. Limaye has also been named to a 4-member committee set up by the Supreme Court to run the Board of Control for Cricket in India. At present, J Ravichandran has been holding post of the interim CEO of SEBI.
Vikram Limaye has experience of working with Credit Suisse First Boston, various committees of the Government and other international Government delegations.
News 3 - Arun Kumar appointed as the CEO of KPMG India 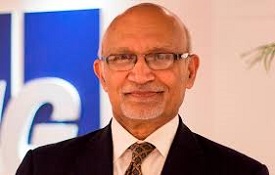 Former US Government Official Arun M Kumar was selected as the new Chairman and CEO of KPMG India for 5 years, replacing Richard Rekhy. He was associated with KPMG US and KPMG Americas Boards between 2008 - 2013.
Before this appointment, he had working experience as the Assistant Secretary of Commerce for Global Markets and Director General of the US and Foreign Commercial Service in the administration department of former US President Barack Obama. He has also played a pivotal role in establishing the India-US Strategic relationship.
News 4 - Government appointed 3 directors on the RBI Central Board 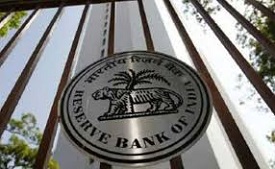 The Appointments Committee of the Cabinet (ACC) has appointed Ashok Gulati, Manish Sabharwal and Rajiv Kumar as part-time nonofficial directors on the Reserve Bank of India’s Central Board for a four-year term.
The ACC has also approved the proposal of Department of Financial Services for appointment of Prasanna Kumar Mohanty (Southern Local Board), Vallabh Roopchand Bhanshali (Western Local Board) and Sunil Mitra (Eastern Local Board) as members on the Local Board of RBI.
News 5 - Hemant Bhargava appointed as the MD of LIC 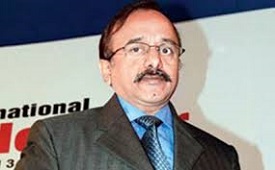 The Appointments Committee of Cabinet has appointed Hemant Bhargava as the Managing Director of LIC till 31st July 2019. He is currently working as the Zonal Manager of LIC, Delhi.
He has rich experience of more than 33 years in the Life Insurance Industry in India and abroad. He is the founder CEO of LIC Cards Services Ltd. He is also founder President of Indo Mauritian Business Group in Mauritius.
News 6 - Government appointed IAS officer Ajay Tyagi as the SEBI Chief 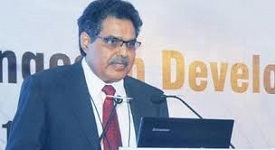 The Appointments Committee of the Cabinet (ACC) has appointed Senior Bureaucrat Ajay Tyagi as the new Chairman of the Securities and Exchange Board of India (SEBI) for a period of five years or till the age of 65 years or until further orders, whichever is the earliest.
Mr. Tyagi is a 1984-batch IAS officer of Himachal Pradesh cadre. He will replace U K Sinha. He is currently an additional secretary in the Department of Economic Affairs.
News 7 - Sandeep Jajodia selected as the ASSOCHAM President 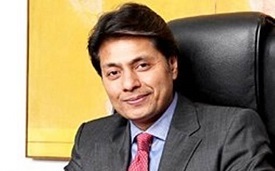 Associated Chambers of Commerce and Industry of India appointed Sandeep Jajodia as the new president of the industry chamber. Prior to this, he was associated with Monnet Ispat & Energy Ltd. Other appointments made were Balkrishan Goenka as senior vicepresident and Kiran Kumar Grandhi as the vice-president of ASSOCHAM.
ASSOCHAM, established in 1920, located in Delhi, is one of the apex trade associations of India to promote both domestic and international trade. ASSOCHAM covers a membership of over 4 lakh companies and operates 59 Expert Committees.
News 8 - Neelu Rohmetra appointed as the first woman director of an IIM at Sirmaur 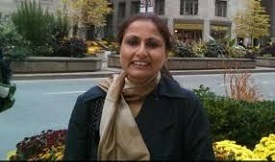 The Government has appointed Dr. Neelu Rohmetra of Jammu University as the director of Indian Institute of Management Sirmaur, Himachal Pradesh. She became the first woman director of an IIM.
She is currently the Rector of Kathua and Billawar Campuses of Jammu University Business School and is also the founder director of the International Centre for Cross-Cultural Research and Human Resource Management (ICccR and HRM), University of Jammu.
News 9 - Nilesh Shivji Vikamsey appointed as the President of ICAI 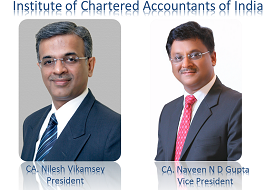 Nilesh Shivji Vikamsey has been appointed as the new President of the Institute of Chartered Accountants of India (ICAI) for the year 2017-18. Naveen N D Gupta was appointed as the Vice-President.
Prior to this, Vikamsey was the Vice President of the ICAI in 2016-17. He has been a member of the CA Institute since 1985 and is serving as ICAI Council member since 2010.
The council has 32 elected members and eight are nominated by the Central Government.
News 10 - Vikas Swarup appointed as the High Commissioner to Canada 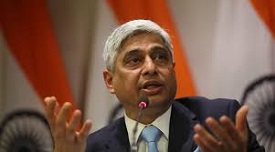 The Appointment Committee of the Cabinet (ACC) has approved the appointment of Shri Vikas Swarup (IFS Batch – 1986) as the next High Commissioner of lndia to Canada. He is currently the spokesperson of the Ministry of External Affairs since April 2015.
Mr. Swarup has previously served in Turkey, the United States, Ethiopia, the United Kingdom, South Africa and Japan. He was the Joint Secretary in charge of the United Nation’s Division of the Ministry of External Affairs. He is famous for penning down the novel Q & A, adapted in film as Slumdog Millionaire.
News 11 - Five new Supreme Court judges take oath to take the total to 28 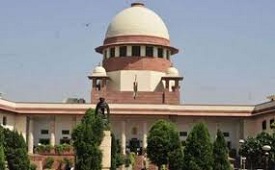 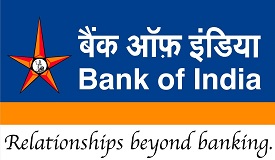 The Appointments Committee of the Cabinet (ACC) has approved the proposal of the Department of Financial Services (DFS) for the appointment of Neelam Damodaran as the Executive Director of Bank of India. His tenor is up to November 30th, 2019.
Prior to this appointment, Damodaran was the General Manager with Bank of Baroda. He has been a Non-Executive, NonIndependent Director at the Bank of Baroda (New Zealand) Limited since September 7, 2015.
News 13 - Eight Executive Directors appointed in various PSBs

The Banks Board Bureau has appointed eight executive directors (EDs) in various publicsector banks for three years. The list of these Appointed Executive Directors is as follows −
News 14 - Ranganathan, Mehta appointed as the Non-Official Director in IOB, PNB 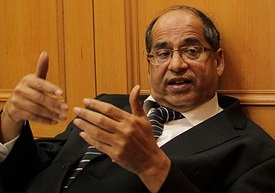 The Appointments Committee of the Cabinet (ACC) has approved the proposal of the Department of Financial Services (DFS) for the appointment of Sunil Mehta as the NonExecutive Chairman of Punjab National Bank. The ACC also approved the appointment of T C A Ranganathan as the Non-Official Director in Indian Overseas Bank.
Both the appointments were made for a period of 3 years. Mehta is currently the Chairman & Managing Director at the SPM Capital Advisors Pvt Ltd. While, Mr. T C A Ranganathan has worked as the CMD of the Exim Bank.
News 15 - V Ramakrishnan appointed as the CFO of TCS 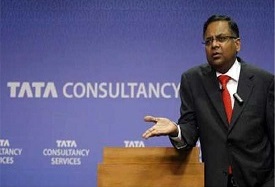 Tata Consultancy Services (TCS) has appointed V Ramakrishnan as the Chief Financial Officer. Ramakrishnan takes over from Rajesh Gopinathan, who has been appointed as the Chief Executive Officer & Managing Director of TCS.
Mr. V Ramakrishnan (“Ramki”) joined TCS Finance in 1999 and served as the Finance head of TCS North America for 7 years. He is a graduate in commerce from Loyola College Chennai. He is a member of the Institute of Chartered Accountants of India, the Institute of Company Secretaries of India and the Institute of Cost Accountants of India.
News 16 - Ms. Suman Saxena took charge as a full-time Member of the (IBBI) 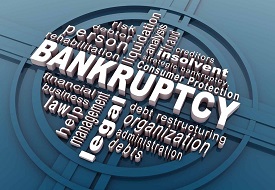 Ms. Suman Saxena took charge as the fulltime Member, Insolvency and Bankruptcy Board of India (IBBI). She will look after the Research and Regulation Wing.
Ms. Saxena served as a member of the Indian Audit and Accounts Service for over 35 years. Her last assignment was as the Deputy Controller and Auditor General, where she oversaw three important sectors, namely, Defence, Communications and Railways. She has also been the Director of National Academy of Audit and Accounts.
News 17 - N Chandrasekaran announced as the Chairman of Indian Hotels 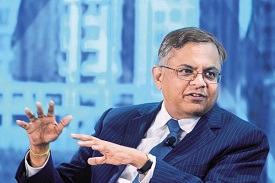 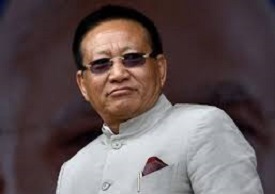 Former Nagaland Chief Minister T R Zeliang was appointed as Finance Advisor to the state government in the rank of a cabinet minister. Zeliang was appointed by the Governor P B Acharya and will receive the pay and allowances admissible to a cabinet minister.
Mr. Zeliang resigned from the chief ministership on February 19 following the demand of the Joint Coordination Committee and Nagaland Tribal Action Committee for his decision to hold elections to urban bodies with 33 percent reservation for women and subsequent incident.
News 19 - US Democrats elect Tom Perez as their new National Chairman 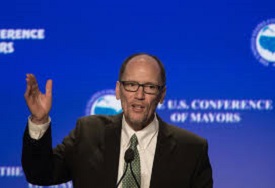