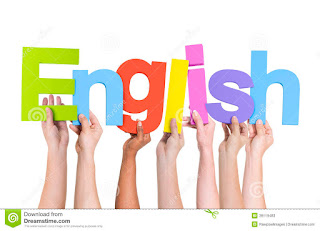 Directions (1-10): Mark the out-of-context sentence for your answer.

Q1. A. When a brand has earned the respect of consumers and are “followed,” 48% are positive to receiving messages from that brand.
B. But the question that needs to be asked: is all this money being spent wisely?
C. Social media is everywhere and marketers are planning to take full advantage by pledging more budget than ever to the plethora of new communication channels available.
D. Billions of dollars are expected to be invested across the globe in 2013 as the explosion in social shows little signs of slowing.
(a) A
(b) B
(c) C
(d) D
(e) NONE

Q2. A. They are the finest in their respective fields, their areas of expertise range from climbing cliffs that stretch to the heavens, without safety nets of course, to wing suit jumps off those very same cliffs.
B. Now, you might have heard of the next chap.
C. It is always a strange, life-threatening form of sport; only those not in their right mind would try it.
D. Doyle is part of an elite force of over 600 brand agents.
(a) A
(b) B
(c) C
(d) D
(e) NONE

Q3. A. This must change.
B. This would encourage long term investment and channelize saving in the productive financial assets of equities.
C. In the case of equities, retain investors have to rely on the kindness of brokers or advisors to scan a profitable investing opportunity.
D. Indians save a lot but invest mostly in gold and real estate and very little in equity.
(a) A
(b) B
(c) C
(d) D
(e) NONE

Q4. A. In India, that is the norm, with 22 constitutionally-decreed languages and thousands of dialects.
B. It was conventional wisdom that Indians thinks fast and multitask because of endemic adversity: the situation demands and fosters it.
C. It is rare to find most people fluent in more than a single language in most places.
D. For those who marvel at the Indian talent of multitasking – best displayed by shopkeepers and dhaba waiters – the clue could lie in most of us being polyglots.
(a) A
(b) B
(c) C
(d) D
(e) NONE

Q5. A. Prime Minister Manmohan Singh has promised concrete steps to fight inflation.
B. It will not only ensure better returns to farmers but also keep inflation under check.
C. Farmers should be able to sell their produce freely.
D. This requires states to scrap the Agricultural Produce Marketing Committee (APMC) laws that give monopoly to some traders to buy crops.
(a) A
(b) B
(c) C
(d) D
(e) NONE

Q6. A. Almost immediately, speculation began about which team he would come back to train after a year-long sabbatical in the United States. Global football chatter – always opinionated and occasionally substantive – speculated that two English clubs were likely destinations for Pep.
B. These were Manchester City and Chelsea, each with super-rich owners.
C. Nearly a year ago when Pep Guardiola, the most successful coach of the world’s best football team, FC Barcelona, quit at the end of a triumphant season, shockwaves went around the soccer universe.
D. What does Pep’s choice reveal about the state of European football?
(a) A
(b) B
(c) C
(d) D
(e) NONE

Q7. A. Spectrum is a case in point – though not depleting in reality, it faces scarcity of a different kind because of technological evolution bringing in more and more innovative uses, which does create a scarcity factor of sorts.
B. In an era when a keyboard is all pervasive; controlling trajectories of space missions, nuclear plants to aircrafts in flight, anything and everything is possible to bring in efficiencies of scale to make the utilization of natural resources such that costs to the consumer are brought down.
C. This debate has been going on for over three decades, but it has been sought to be suppressed for parochial reasons of ownership.
D. Not to embrace technology that helps in the preservation of ever-depleting natural resources to bring about benefits to humanity and to prolong the resources is a sin.
(a) A
(b) B
(c) C
(d) D
(e) NONE

Q8. A. The reactors have been running for decades without any serious environmental issues.
B. Soon after commissioning, the original suppliers left, leaving us to fend for ourselves.
C. The first nuclear reactors in India were imported.
D. It had to be so because there was no other group than the Department of Atomic energy working in this field.
(a) A
(b) B
(c) C
(d) D
(e) NONE

Q9. A. He helped kindle fears that effectively shut down GM foods in Europe and in developing nations like India.
B. But having gone into the science behind it – and getting the Royal Society science book prize for his “Six Degrees” – he found his beliefs on GM foods were myths.
C. To achieve a doubling of food output by 2050 low-yielding organic technology, huge forests and grasslands will have to be cleared and cultivated.
D. Mark Lynas says when he first heard of Monsanto’s GM soya, he thought a nasty US corporation was putting out a monster food by mixing genes.
(a) A
(b) B
(c) C
(d) D
(e) NONE

Q10. A. They just go ahead and do it because it is part of their nature.
B. Because if the rich man gives up his wealth to feed the poor and makes a show of it, he would still be far from heaven.
C. Eastern scholar RH Blyth said that it is not so much our sins that are obvious weaknesses and a vulgarity, as our virtues that we need to be delivered from.
D. “Forgive us our good deeds as we forgive those who do good deeds to us.”
(a) A
(b) B
(c) C
(d) D
(e) NONE

Directions (11-15): In each of the following sentences, parts of the sentence are left blank. Beneath each sentence, five different ways of completing the sentence are indicated. Choose the best alternative from among the five options.

S1. Ans.(a)
Sol. C, B and D pursue the theme of the perceived importance of social media and the huge budgets in this direction. Sentence A is tangential and has no relation to this theme.

S2. Ans.(b)
Sol. The 600 brand agents of Doyle and their strange and daredevil expertise are described in D, A and C in that order. From this point of view B does not make sense.

S3. Ans.(b)
Sol. D, A and C (or D, C and A) in that order make sense about the saving habits of Indians and the need to change. However, B starts abruptly and without connection that “this would encourage…” – hence is the odd sentence.

S4. Ans.(b)
Sol. D states the theme to which other two sentences (A and C) are related – that the multitasking ability of Indians spring form their being polyglots. Sentence B brings in another factor “adversity” – hence is odd in this context.

S5. Ans.(a)
Sol. Statements C, B and D in that order or C, D and B in that order talks about the freedom that farmers should have to sell their produce freely. Statement A in this context has no connection with the others.

S6. Ans.(d)
Sol.  C, A and B read in that order narrates the story of Pep’s quitting. Statement D mentions “Pep’s choice” which is highly ambiguous as there is no mention of any choice in the other three sentences.

S7. Ans.(c)
Sol. “Not to embrace technology that helps in the preservation of ever-depleting natural resources…” is theme of the three sentences BDA in that order – spectrum is advanced as an example. “this debate…” in C is disconnected.

S8. Ans.(d)
Sol. It had to be so in D raises the question “what had to be so.” C, B and A in that order give us the history and performance of nuclear reactors in India. D though related to the subject is not related to the theme of the other three sentences.

S9. Ans.(c)
Sol. The other three sentences in the order of D, A and B describe the change of view of Mark Lynas with regards to GM foods. The doubling of food output etc. in C is out of context in this narrative.

S10. Ans.(a)
Sol. The other three sentences read in the order CBD follow the same theme – that we need to be delivered from our ostentatious virtues. Hence forgive us our good deeds in D connects with C and B. However, A does not connect.

S11. Ans.(c)
Sol.  adapted, active. There is nothing in the context to justify healthy or itinerant. option {a} ‘enjoy their lives’ is grammatically correct but logically it does not justify “to get out and about” – hence active is justified. Cars can be adapted, modified or designed. The best combination, however, is option {c}.

S12. Ans.(a)
Sol.  slack, score. Fits in the context of the sentence correctly.

S13. Ans.(d)
Sol.  political systems. ‘based on expanded popular participation’ and ‘print, paper, and newspaper’ (media) control the word in the blank. political systems relate to both, whereas all the other options are not necessarily related to one or the other.

S14. Ans.(b)
Sol.  reconcile, efficient. Conflicts need to be reconciled if operations are to be efficient. Conflict of interests controls the first blank. Operations control the second word. Some of the other options (e.g., option d) may make sense -but it is not natural communication or logic, it is contrived sense.

S15. Ans.(d)
Sol.  access, dwellings.  ‘modern energy’ controls the first blank in the context, ‘in which they live’ and ‘heat and light’ control the next blank., hence dwellings.