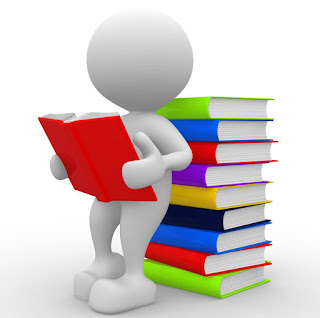 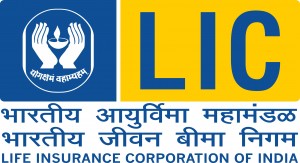 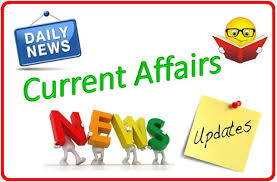 2. Name the economist who was named as the Prime Minister of Burkina Faso?
Answer. Paul Kaba Thieba

4. Which country became the first Asian country to approve the sale of the world's first-ever dengue vaccine, Dengvaxia?
Answer. Philippines

5. What is the full form of ASBA?
Answer. Application Supported by Blocked Amount

6. Who headed the committee that reviewed the public-private partnership (PPP) model for infrastructure projects has recommended several measures for easy financing of these?
Answer. Former finance secretary Vijay Kelkar

7. Which country's soldiers will march down the Rajpath on Republic Day along with Indian troops in the presence of President Francois Hollande?
Answer. The French soldiers

8. According to the Global Talent Competitiveness Index (GTCI) 2015-16, which country topped in the index?
Answer. Switzerland

2.    What is an e-mail attachment?
1) A receipt sent by the recipient
2) A separate document from another program sent along with an e-mail message
3) A malicious parasite that feeds off your messages and destroys the contents
4) A list of CC or BCC recipients
5) None of these

4.    In a database, information should be organised and accessed according to which of the following?
1) Physical position
2) Logical structure
3) Data dictionary
4) Physical structure
5) None of these

8.    The term _______ designates equipment that might be added to a computer system to enhance its functionality.
1) digital device
2) system add-on
3) disk pack
4) peripheral device
5) None of these

9.    Which key is used in combination with another key to perform a specific task?
1) Function
2) Control
3) Arrow
4) Space bar
5) None of these

13.  The software that allows users to surf the Internet is called a/an
(1) Search engine
(2) Internet Service Provider (ISP)
(3) Multimedia application
(4) Browser
(5) None of these

15.  The method of file organization in which data records in a file are arranged in a specified order according to a key field is known as the
1) Direct access method
2) Queuing method
3) Predetermined method
4) Sequential access method
5) None of these

17.  Which of the following is a popular programming language for developing multimedia web pages, websites, and web-based applications?
1) COBOL
2) Java
3) BASIC
4) Assembler
5) None of these


Directions (6-10): Rearrange the following six sentences (A), (B), (C), (D), (E) and (F) in the proper sequence to form a meaningful paragraph and then answer the questions given below.

(A) The pressure on land is high and the workers on land also are compelled to go to the city to find a job there.
(B) Today, with the establishment of factories, the commodities produced by the village craftsmen cannot compete in quality or price with those produced in factories with the result that the village industries suffer a loss and after some time close down.
(C) The joint family system in India flourished in the days of yore when agriculture and trade in the villages were in a sound position.
(D) With the closing down of the village industry the workers move to the city.
(E) Besides the decline of agriculture and trade, there are other causes which induce people to move to the city.
(F) Owing to the inrush of people from the villages to the cities, the Hindu joint family system breaks down.

Directions : Read the following passage carefully and answers the questions given below it:In a SAARC meeting eight delegates A, B C, D, E, F, G, and H of different countries are sitting around a square table facing the centre not necessarily in the same order. Each one of them is belongs to different countries India, Maldives, Pakistan, Sri Lanka, Afghanistan, Nepal, Bangladesh and Bhutan.
F sits second to the right of the delegate of Sri Lanka. Bangladesh is an immediate neighbour of delegate of Sri Lanka. Two people sit between the delegate of Bangladesh and B. C and E are immediate neighbours of each other. Neither C nor E is an immediate neighbour of either B or delegate of Sri Lanka. The delegate of Pakistan sits second to the right of D, who is the delegate of Maldives. G and the delegate of India is immediate neighbour of each other. B is not the delegate of India. Only one person sits between C and D. H sits third to left of the delegate of Bhutan. The delegate of Nepal sits second to left of the delegate of Afghanistan. 1. Which of the following is true with respect to the given seating arrangement?(1) E is an immediate neighbour of the delegate of India(2) E is the delegate of Maldives(3) The delegate of India is an immediate neighbour of F(4) The delegate of Bhutan sits between F and delegate of Nepal(5) Shopkeeper sits second to the right of the teacher2. H is the delegate of which country?(1) India (2) Pakistan  (3) Sri Lanka  (4) Afghanistan  (5) Bhutan3. What is the position of delegate of Afghanistan with respect to delegate of Bangladesh?(1) Immediately to the left  (2) Third to the left(3) Second to the right  (4) Fourth to the left(5) Second to the left4. Who sit/s exactly between the delegate of Maldives and C?(1) H   (2) Delegate of Pakistan(3) Delegate of Nepal(4) Cannot be determined (5) F5. What is the position of delegate of Pakistan when counted anti-clock wise direction from C?(1) Immediately to the left  (2) Third to the left(3) Second to the right  (4) Fourth to the left(5) None of theseDirections (6-8): Read the following information and answer the given questions. In the following question, a statement a statement is followed by two Assumption/ Course of Action I and II.Give your answer as:(1) If only I follow.(2) If only II follows.(3) If either I or II follows.(4) If neither I nor II follows.(5) If both I and II follows.6. Statement: While presenting a stage show in a Saifai (Uttar Pradesh), the famous actor and actress declared that they have a practice of either taking full payment or none for their stage shows.Assumptions: I. They took full payment for their recent show.II. They did not take any money for his recent show.7. Statement: The Delhi court has directed the government to respond to a PIL alleging that politicians were misusing government’s funds worth crores in the name of sports on advertisement for their publicity.Course of Action:I. Government should respond to the PIL and ensure that this type of incident do not occurs in future.II. Government should identify those politicians and must warn them not to do this again.8. Statement: ‘We are here to announce that you are appointed as a Content Manager with a probation period of six months and your performance will be reviewed at the end of the period for confirmation’ – A line in an offer letter.Assumptions: I. The performance of an individual generally is not known at the time of joining.II. Generally an individual tries to prove his worth in the probation period.Directions (9-10): Read the following information carefully and answer the questions given below.(i) A X B means “A is the father of B”(ii) A + B means “B is the sister of A”(iii) A – B means “B is the mother of A”(iv) A ÷B means “A is the brother of B”9. Which of the following means P is nephew of R?(I) R x K ÷ P(II) R – N + P – K(III) R ÷ K x P + M(1) Only I (2) Only II(3) Only III (4) Either II or III(5) None of these10. If it is given K x P ÷ R + S – Q. then which of the following is true?(1) R is the brother of P(2) K is the husband of S(3) Q is the wife of K(4) R is the sister of S(5) None of theseSolutions (1-5) 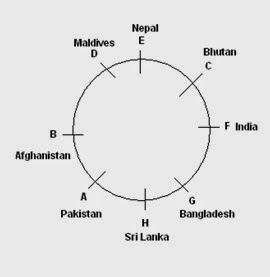 1. (4)2. (3)3. (2)4. (3)5. (5)Solutions (6-8):6. (3) As given in the condition in the statement, the actor and actress either will take the full payment for his recent show or will not take any money for the same. Hence, either of the assumptions follows.7. (5) Both Course of Actions follows.8. (5) The performance of the individual has to be tasted over a span of time as the statement mentions. So I is implicit. The statement mentions that the individual’s worth shall be reviewed (during probation period) before confirmation so II is also implicit.Solutions (9-10):9. (5) Either 1 or 410. (3) Q is the wife of K