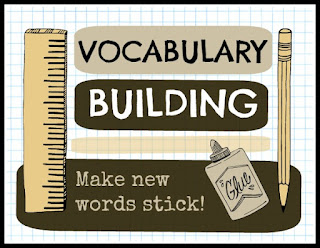 The 25-basis points reduction in interest rates on short-tenure small savings schemes from April 1 may have come as a huge disappointment for countless savers. For the middle class, especially for millions of retired persons, these schemes are risk-free, and provide safe parking slots for their hard-earned money. The returns these schemes offer also help them balance their budget. Read in this light, the decision to pare the interest rates on these schemes, even if only by a small measure, is bound to put the National Democratic Alliance government at the Centre in an uncomfortable position vis-à-vis a crucial component of society, the middle class, which is considered the core constituency of the Bharatiya Janata Party. The decision, however, must be viewed in the context of the big picture that is emerging on the national economy. The Reserve Bank of India cut the key policy rate by a total of 125 basis points in 2015, and it has only been partially transmitted to end-borrowers. In fact, a little less than half of this reduction had been passed on by banks to their clients. The problem, in a way, lies in the peculiar predicament the banks find themselves in. It is easy to put banks on the mat for not passing on the rate reduction to customers. Already under huge stress, they can do so only if they could correspondingly cut their deposit rates. But there is a catch here. The deposit mobilisation exercise of banks often encounters competition from these small savings schemes. By reducing the interest rates on short-term savings schemes, the government has sought to erase the ‘return advantage’ they currently enjoy over similar-tenure government securities. Indeed, it has set the stage for a uniform interest rate regime — at least from a short-term perspective — and cleared a major roadblock for banks in cutting their deposit rates, and eventually the lending rates as well. Viewed from this perspective, the move is a welcome one.


By leaving the interest rates on long-term and certain special category savings schemes unchanged, the government has sent out the message that it has in mind the larger good of society as a whole, and that it is keen to encourage people to save for the future. A distorted interest regime is the principal cause for driving the economy into a costlier zone. For individuals, no doubt, the impact of the interest rate cut on small savings schemes could be immediate and visible in terms of lower returns on their savings. However, the effect of such a cut will have a cascading effect on the entire value chain, and will inevitably bring the cost structure down for the economy. Surely, that is the right way to go. The government has indeed done well to take this less-than-popular step.

VOCABULARY:
1.pare : reduce (something) in size, extent, or quantity in a number of small successive stages.
2.emerging : move out of or away from something and become visible.
3.peculiar : different to what is normal or expected; strange.
4.predicament : a difficult, unpleasant, or embarrassing situation.
5.sought : being searched for.
6.regime : the organization that is the governing authority of a political unit.
7.roadblock :any condition that makes it difficult to make progress or to achieve an objective.
8.perspective : a way of regarding situations or topics etc.
9.distorted  : so badly formed or out of shape as to be ugly.
10.cascading : a succession of stages or operations or processes or units.
TOPIC-2:J&K needs a government
Jammu and Kashmir needs an elected government in place without further delay in order to address the discontent that has been mounting since the death of the Peoples Democratic Party patriarch, Mufti Mohammad Sayeed. A spike in violence has worsened an already fragile political situation. In the five weeks since Governor’s Rule was imposed in the State after his death, three civilians have been killed, falling to the bullets of the security forces in two separate incidents. A dramatic downturn has been visible in the last few weeks. In Pulwama on January 20, a civilian, Parvez Ahmad Guroo, got caught in the crossfire between the security forces and militants; and hundreds of people from neighbouring villages pelted the security forces personnel with stones, shouting anti-India slogans, impervious to the teargas shells that were being lobbed back. In the melee, one militant was killed, but two escaped with the help of sympathetic locals. And the arrest on Monday in the national capital on sedition charges of former Delhi University teacher S.A.R. Geelani — who had been acquitted in the 2001 Parliament attack case — for organising an event in Afzal Guru’s support, has added to the sense of uncertainty and confusion in the Kashmir Valley. This is especially so because simultaneously Jawaharlal Nehru University Students’ Union president Kanhaiya Kumar was also arrested on sedition charges, for alleged involvement in campus events where anti-India slogans were raised and the hanging of Afzal Guru was questioned. Given that the PDP has previously also voiced concerns about the quality of justice Afzal Guru got, the party’s position too has become complicated in striking an understanding to revive its alliance with the Bharatiya Janata Party.
If the growing disaffection in the Kashmir Valley is to be arrested and the concerns of the people addressed, it is best done politically by an elected government, and not through direct rule from Delhi. Given that a PDP-BJP coalition remains the most likely outcome from the current Assembly, the two parties need to come to an understanding very quickly, or indicate definitively that their coalition is no longer possible. This should enable the Governor to explore government-formation with other parties, or look at the possibility of dissolving the Assembly and advancing elections. The framework of the Agenda of Alliance — the common minimum programme that the two parties agreed to last March — already exists. The PDP has specific complaints about the BJP-led Centre not delivering on development funds to the State adequately and on time. There is also unease about the fallout of Hindutva issues in Jammu and Kashmir, especially over the issue of consumption of beef and the use of the State flag. The slapping of ‘sedition’ charges on various people in Delhi has also cast a shadow on the Valley. Far too much is at stake in Jammu and Kashmir for the BJP and the PDP to ignore the grave situation on the ground and to seek to use the interregnum of Governor’s rule to maximise their respective negotiating positions.

VOCABULARY:
1.discontent :a longing for something better than the present situation.
2.spike : a sharp rise followed by a sharp decline.
3.worsened  : changed for the worse in health or fitness.
4.fragile : easily broken or damaged or destroyed.
5.pelted : body covering of a living animal.
6.impervious : not admitting of passage or capable of being affected.
7.teargas : a gas that makes the eyes fill with tears but does not damage them; used in dispersing crowds.
8.lobbed : throw or hit (a ball or missile) in a high arc.
9.acquitted  : free (someone) from a criminal charge by a verdict of not guilty.
10.revive : cause to regain consciousness.
11.alliance : an organization of people (or countries) involved in a pact or treaty.
12.coalition : the union of diverse things into one body or form or group; the growing together of parts.


13.grave :a place for the burial of a corpse (especially beneath the ground and marked by a tombstone).
CLICK HERE TO DOWNLOAD